Posted on September 11, 2017 by Ronnie Schreiber 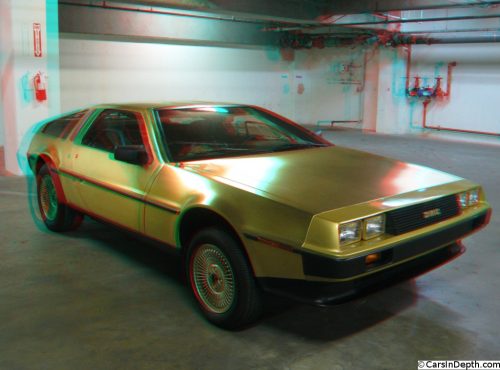 My colleague over at The Truth About Cars, Corey Lewis, has a Rare Ride post about a privately assembled gold plated DeLorean DMC12, a sort-of replica of the two gold plated DeLoreans that American Express had made to match their then top of the line “Gold Card”. One of the originals is in the collection of the Petersen Automotive Museum in Los Angeles, where it is currently stored in their basement “vault”, where these photos were taken. 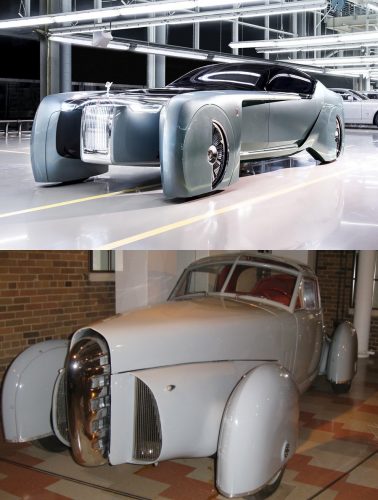 The late Gordon Buehrig’s design work is pretty well known by enthusiasts, so I’d imagine that professional automotive stylists are even more familiar with his work. His Cord 810/812 and Auburn Speedster are two of the all-time great car designs. Besides his aesthetic influence, he was also a technical innovator, attributed with the invention of the styling bridge, the gantry used to take measurements from, and insure the symmetry of, clay models.

That’s why I find it surprising that Rolls-Royce’s VISION NEXT 100, one of the deep forward looking concept vehicles intended to celebrate corporate parent BMW’s centennial, seems to borrow heavily from one of Buehrig’s less successful projects.

More photos, including the Tasco in 3D, after the jump.

END_OF_DOCUMENT_TOKEN_TO_BE_REPLACED 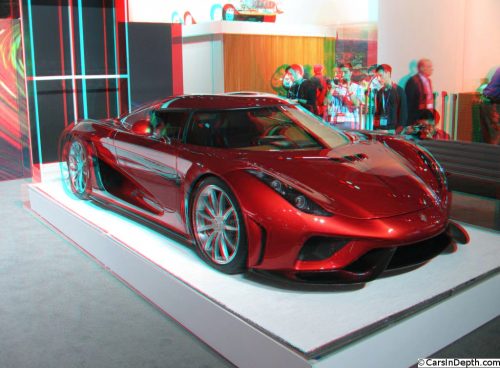 While the transmissionless don’t-call-it-a-hybrid Koenigsegg Regera is packed with fascinating technology, the gasoline-electric megacar’s tech is packaged in a sensuously shaped carbon fiber body. It’s one of those cars that you really have to see in person (or in 3D) to fully appreciate it. In particular, mono photography just can’t capture how radical the foldable, top-mounted rear wing is. 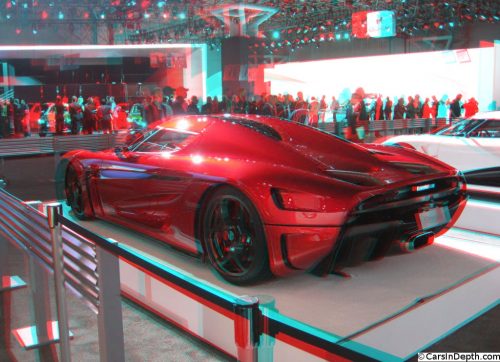 The front of the Regera is sort of standards supercar styling, dictated by aero, but from the cabin back it’s a collection of some of the sexiest curves you’ve seen on a car since the Jaguar E-Type. 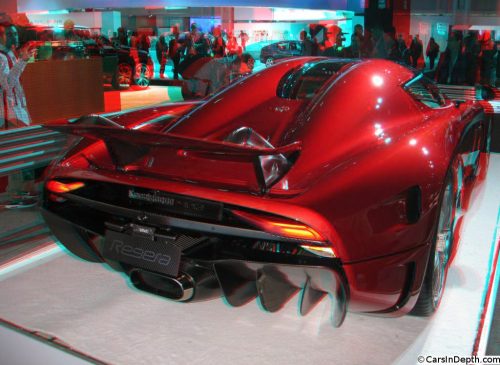 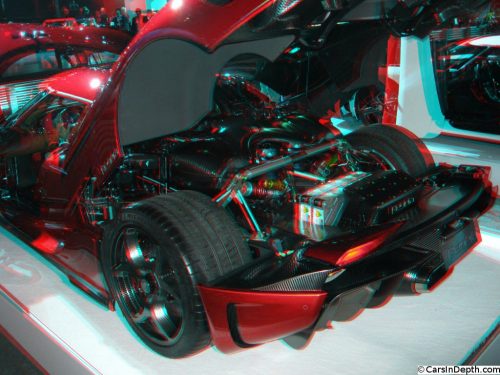 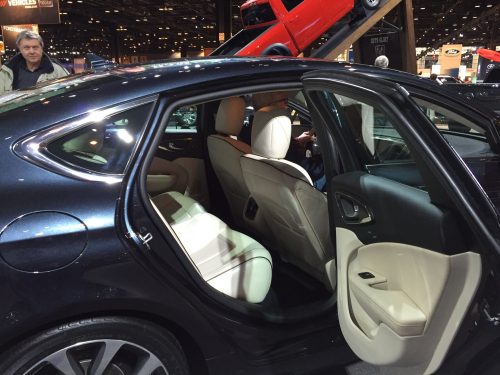 The admission was as breathtaking for its honesty as for its implications. FCA chief Sergio Marchionne admitted that his designers (“dummies”, his word) screwed up the rear doors on the Chrysler 200 when they copied the door opening and roof line of a Hyundai. What’s more, he says his company is no longer capable of building competitive sedans and will leave that market segment unless he can find a partner willing to help. The Chrysler 200 along with the Dodge Dart are to be discontinued.

On the bright side, he thinks FCA is learning from the process.

END_OF_DOCUMENT_TOKEN_TO_BE_REPLACED

Posted in Automotive Design and Styling, Chevrolet, Chrysler, Chrysler, Ford, It's Not 3D But..., Marty Densch, Styling | Leave a comment

No, Jalopnik, Electric Cars Weren’t Ruling the Road in 1916 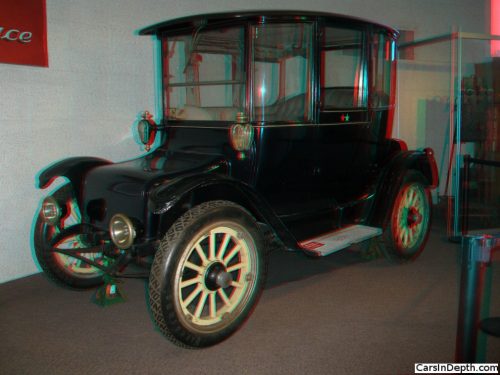 Helen Newberry Joy’s 1914 Detroit Electric. Her husband, Henry Joy, ran Packard.
To view the entire photo gallery in 2D or your choice of stereo 3D formats, click here for a Flash player , here for an HTML applet, or here for an HTML5 viewer

Over at Jalopnik, Alanis King has a pretty decent post on the history of electric cars. I could quibble with one or two points in her article, but based on my own forays into automotive history for the most part it appears to be reliable. King’s post, though, is compromised because it’s headline, Why Electric Cars Ruled the Roads 100 Years Ago, is simply not true. More than 100 years ago, yes, but by 1916, the vast majority of automobiles on the road were gasoline powered and none of the electric car makers produced anywhere near the volume of cars that companies like Studebaker sold, let alone Ford. In fact, by 1916, Studebaker, which got into the car biz in 1902 with electric power, had discontinued making and selling EVs.

Detroit Electric sold more electric cars than any other company until Nissan and Tesla got into the game in the modern era. Detroit Electric sales peaked in 1914 at ~4,500 cars. Studebaker, which started making carriages in the 19th century, first entered the automobile market in 1902 selling an electric car. Two years later they started selling gasoline powered cars and sold both electric and gasoline powered vehicles until 1911, when they discontinued the Studebaker electrics. That year Studebaker sold over 22,500 cars, the vast majority of them gasoline powered. By 1913, Studebaker was the third largest automobile company in America by 1913, with sales of over 35,000 units. If the third biggest car company in the U.S. was selling multiples of what the biggest electric car company was selling, one can’t say that electrics were ruling the road. 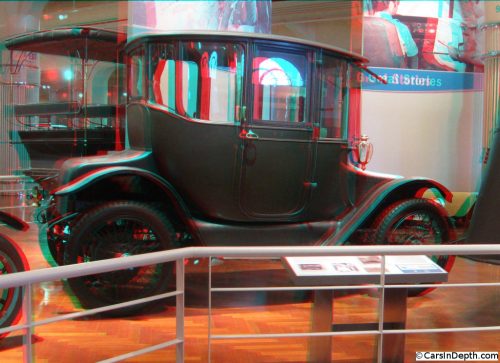 Clara (Mrs. Henry) Ford’s Detroit Electric. Clara didn’t like the noise and smell of gasoline cars. Henry even had an electric runabout boat made for her use, which he would use himself to sneak down the Rouge River to visit his mistress, Evangeline Dahlinger.

Of course when you consider that in 1914, Ford Motor Company sold more than 200,000 Model Ts, over forty times the number of electrics sold that year by the biggest EV maker, it was gasoline that was ruling the American road by 1916, not electricity.

King’s point that the lack of rural electrification and the quick growth of gasoline infrastructure were factors is undoubtedly true. However, by 1914 electric car makers were also already running into issues like charging time and energy density (issues that still affect EVs today), while gasoline technology was developing by leaps and bounds. That was one reason why Thomas Edison promoted his nickel-iron batteries for use in EVs and Henry Ford, Edison’s friend and former employee, spent about $1.5 million circa 1914 on developing an electric version of the Model T.

One of my quibbles, by the way, has to do with King’s feminist take on history: “A 1911 New York Times article described how electric cars were popular among women in particular, because “early gasoline cars required more strength to crank than most women possess.” (Thank goodness we as a society have evolved in more than just the automotive industry, right?).” It may offend those who think that men and women are interchangable with no differences (save for the ones that can be framed as making women looking superior and men look defective), and King’s management at Gawker, but the NYT was describing an unarguable truth.

Electrics were indeed popular with women. They were quieter and cleaner than gasoline or steam cars. Clara (Mrs. Henry) Ford had a Detroit Electric as did Helen Newberry Joy, whose husband, Henry Joy, ran Packard. The issue of hand cranking a gasoline car was also undoubtedly a factor, both because of the general differences between man and women in upper body strength and because hand cranking a car is dangerous and was even sometimes fatal. Charles Kettering undoubtedly made driving gasoline cars more accessible to women with his invention of the electric self-starter.

Political correctness aside, simply put, by 1916 gasoline cars were more practical for just about all drivers than electrics. 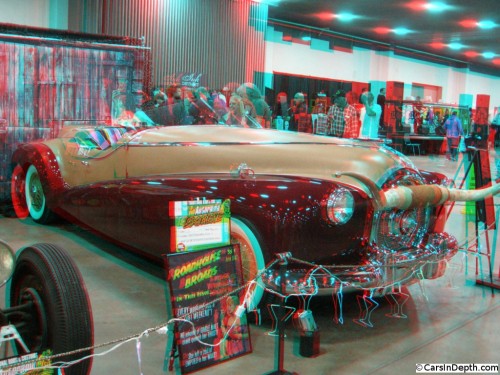 This car is known as the Tom Mix Duesenberg – though the singing cowboy movie star had nothing to do with it. Some seller attached the name in an effort to jazz up the provenance. It started out as a Murphy bodied Beverly berline sedan but in 1948, the then owner decided to discard the original body, which apparently still exists, and replaced it with a mashup of Oldsmobile and Cadillac body panels to create sort of a dual cowl western themed roadster, complete with longhorns even wider than the car, and a tailfin that ended up looking like a hump.

I’ve written about it at The Truth About Cars so I was excited to see that the current owner had it on display at the 2016 Detroit Autorama. You have to see it in three dimensions to appreciate just how hideous it is. 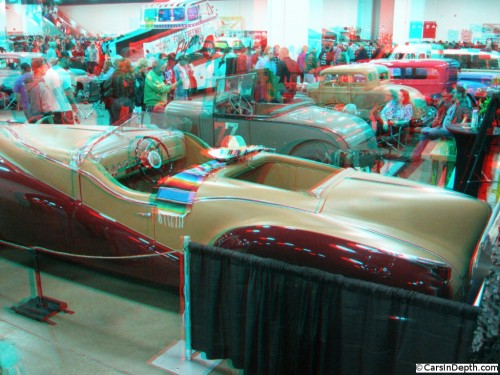 Start the YouTube 3D video player. Click on the settings icon in the menu bar to select 2D or your choice of stereo 3D formats

We don’t have a fancy video crew hear at Cars In Depth, just our handy JVC 3D camcorder and a tripod, but at least you can hear the McLaren 675LT’s 3.8 liter flat plane V8 start, watch me activate the chassis lift that allows you to navigate driveway aprons without damaging the car, and do some figure eights and circles on the roof of the Petersen Automotive Museum in Los Angeles.

Start the YouTube 3D video player. Click on the settings icon in the menu bar to select 2D or your choice of stereo 3D formats 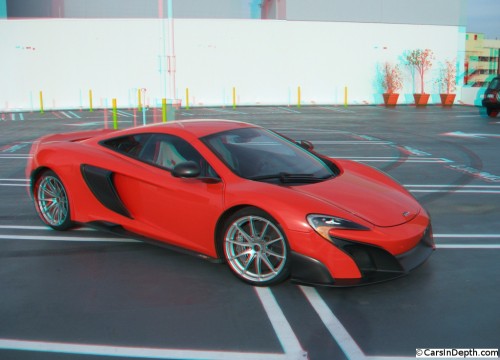 McLaren graciously made a 675LT, the track-focused and higher-powered version of the 650S, available to me for two days and 200 miles if I could make it to Los Angeles. The 675LT has 666 horsepower and a front suspension derived from McLaren’s ultimate sports car, the P1. 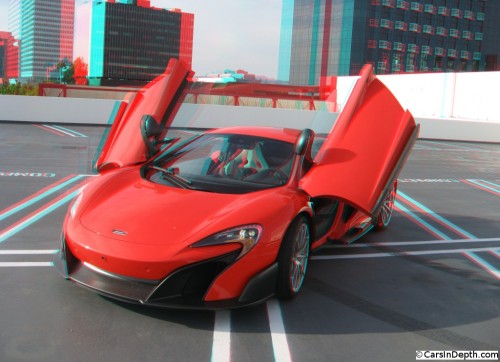 I’m neither a fool nor a schmuck, so when I couldn’t get one of my publishers to pop for the travel expenses, I covered it out of my own pocket (well, there were some credit cards involved too). I’m sure that I spent less that it would cost to rent a lesser supercar for a day, or even the cost of a supercar experience at a racetrack.

The 675LT is a remarkable car in so many ways. You can read my impressions over at The Truth About Cars. 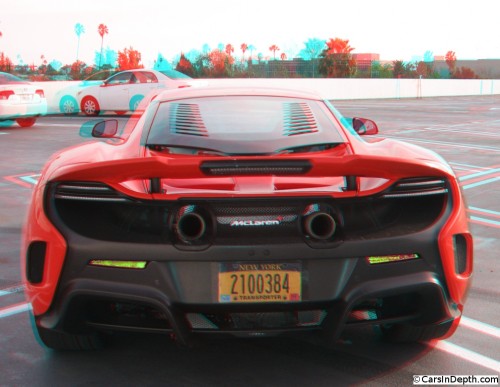 We’ve been doing the cars in 3D thing for five years now and I’ve shot tens of thousands of photo pairs of automobiles and truck. Until now, though, I haven’t come across Marcello Gandini’s masterpiece, the Lamborghini Miura, considered by not just a few to be the most beautiful car ever made. It was also quite influential, being one of the first production midengine cars. Lamborghini Club America president Andrew Romanowski brought his 1969 Miura P400 to the 2016 North American International Auto Show on behalf of the Robb Report, and he graciously removed the barriers so we could get these photos. 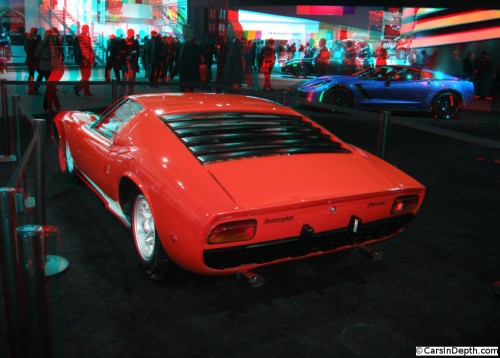 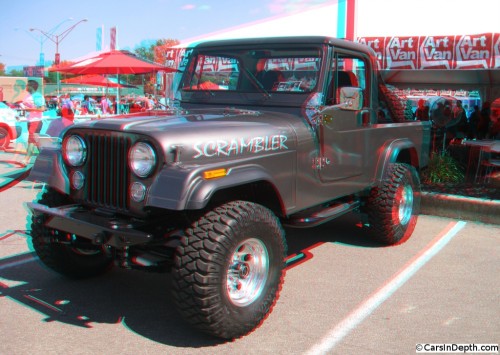 The Jeep CJ-8 was a long wheel-base version of the CJ-7, introduced in 1981 and manufactured through 1986. It featured a 103 in (2,616 mm) wheelbase and a removable half-cab, creating a small pick-up style box instead of utilizing a separate pickup bed. CJ-8s used the traditional transfer case with manual front-locking hubs to engage the four-wheel drive. Most had either a four or five speed manual transmission, but a three speed automatic transmission was an option.

The term “Scrambler” comes from an appearance package that many CJ-8’s were equipped with, which included tape graphics and special wheels. Former President Ronald Reagan owned a CJ-8 and used it on his California Ranch.

A full length steel hardtop CJ-8 was made for the Alaskan Postal Service, using right hand drive and automatic transmissions. Instead of the rear tailgate, the steel hardtop utilized a hinged barn door opening to the back. There were only 230 produced and sold in the U.S. It was also widely sold in Venezuela and Australia as the CJ8 Overlander, with small differences including full length rear windows on the Overlander.Steel hardtops used on these postal Scramblers and Overlanders were known as “World Cab” tops. 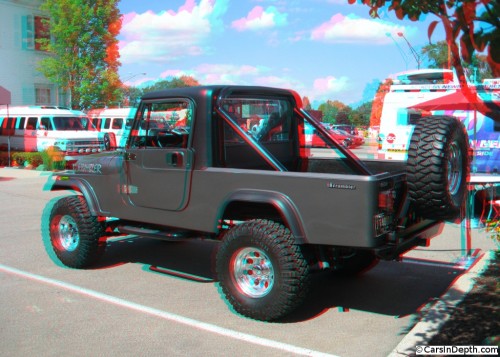