Posted on November 3, 2011 by Ronnie Schreiber 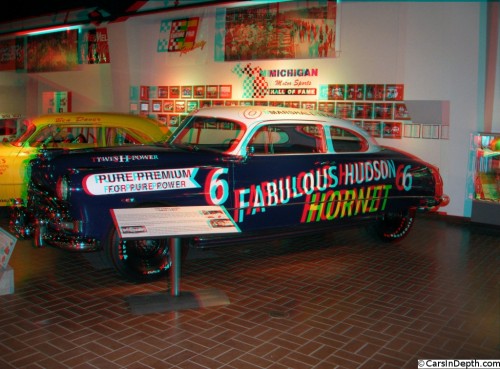 Today, most people know about the Fabulous Hudson Hornet race car because of the animated kids’ movie Cars. Doc, the character voiced by the late Paul Newman in his final role, raced as the Fabulous Hudson Hornet in his younger days. The movie may be a cartoon, but there really was a Fabulous Hudson Hornet, actually more than one, that dominated NASCAR in its early days. The first was racer Marshall Teague’s car. He chose the Hornet because its “step down” design meant a lower center of gravity. Working with Hudson engineer Vince Piggins and master tuner Smokey Yunick on Hudson’s “Twin H Power” inline six, Teague drove the Hornet to great success, which also helped sales of the car, perhaps the first example of “win on Sunday, sell on Monday”. Teague only started 23 races in NASCAR from 1949 to 1952, leaving that sanctioning body in 1953 over a dispute with NASCAR head honcho Bill France Sr, but he won seven of those races, five in 1951 alone. 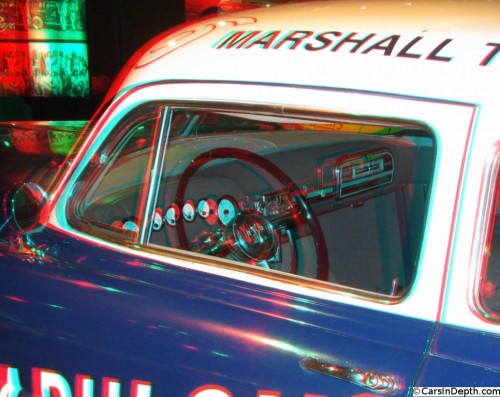 The Ypsilanti Automotive Heritage Museum owns Herb Thomas’ #92 Hudson Hornet, but when I visited that museum earlier this year, it was not on display, having been loaned out. That’s why I was pleasantly surprised to see Teague’s #6, owned by a private collector in Illinois, at the Gilmore Car Museum as part of a display of NASCAR and other race cars. Teague raced when the SC in NASCAR really stood for “stock cars”. The #6 car still has a radio and a glovebox. In tribute to Cars, whose sequel is currently being released on DVD, Teague’s Fabulous Hudson Hornet is wearing a front license plate that reads “Doc”.

One Response to The Fabulous Hudson Hornet – Marshall Teague’s #6